A Visit to Aqaba, Jordan 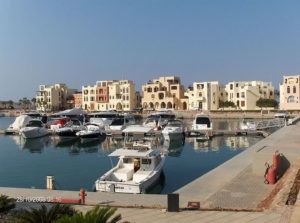 Aqaba carries the relaxed atmosphere of a popular getaway. The town provides visitors a sociable stopover while going to the snorkeling and diving clubs to the south as well as the big destinations of Petra and Wadi Rum. Aqaba’s winter temperature rarely goes below 20 degrees Centigrade and is sometime some degrees warmer. The weather is hot in summer, with daytime temperatures sometimes the other side of 35 degrees Centigrade. Also, it helps to follow the siesta here: around 2pm everything shuts down and by 6pm after the afternoon nap, everything reopens. Here are the top attractions in Aqaba, Jordan.

Aqaba Bird Observatory
This bird sanctuary is a wetland that is created artificially and has become a host to a wide range of species that use this area as a stop-off point on the bird migrations between Asia, Europe and Africa. There is a 1.5 kilometer walking trail around the lakes cluster, and especially in winter the place is thick with waders and ducks. The observatory is a great place to see white-eyed gulls, as Aqaba has the world’s largest population of this bird. 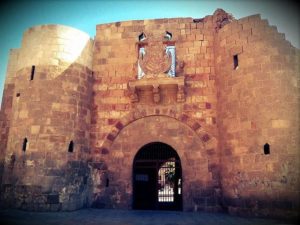 The fort was constructed in 1517 and was used as travelers’ inn for pilgrims going to Mecca. Until 1917, the castle was occupied by the Ottomans when the fortress was destroyed substantially by shelling. The coat of arms juts above the fort’s main entrance commemorates the Arab Revolution that swept through this region ousting the Turks.

Aqaba Museum
The Aqaba Museum was once home to Abdullah II, the great-great-grandfather of the current king. The collection of artifacts in this museum includes stone tablets, ceramics and coins. Anyone who has traveled the King’s Highway may want to see the inscribed milestone from the Roman incarnation of the Trajan Road.

Public Beach
Packed on public holidays and at the weekend, this stretch offers a sociable and fun way to engage with the locals at play. During Islamic feasts (eids), the family parties usually extend into the night. Women are encouraged to remain clothed while on this beach – keep your swimsuits for private beaches and hotels. 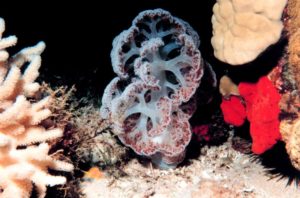 Aqaba Aquarium
Over a series of small and large tanks, you are introduced to a variety of corals and fish in Aqaba, and you will soon get a picture of what you might see when scuba diving or snorkeling, from reef sharks to colorful parrotfish.

Arab Revolt Flagpole
Standing at a massive 137 meter high and with a flag measuring 20 meter by 40 meter, this is the most easily spotted landmark in Aqaba by some degree. However, a closer look will let you know the flag is not Jordanian but instead the Great Arab Revolt banner. Aqaba’s capture was a crucial moment in the country’s revolt against the rule of the Ottomans.

This entry was posted in Travel and tagged history, travel tips. Bookmark the permalink.