Guernsey is a 30 minutes flight from France and 45 minutes from England. It is the Channel Islands second largest islands and about 25 sq. miles in area. Guernsey depends largely on its history, serenity, and sunshine. About 8,000 years ago, the rising sea levels separated this island from the French coast of Normandy.

Periodically, the crossfire of war and the crosswinds of trade have shape Guernsey’s fortunes. For many inhabitants of this island, it is a place of inspiration and pride as well as a safe harbor. St. Peter Port is the capital of Guernsey and was once a trading post before the Romans came here. This harbor town is now one of Europe’s most beautiful islands. Here are the top must see attractions in Guernsey.

Castle Cornet
For more than 800 years, the Castle Cornet has been standing guard over the harbor. For a view of the town and the Herm and Sark Islands, climb the ramparts. You can also watch the firing the noonday gun or explore the barracks in the castle which houses some of the finest museums of the island. At the “story of Castle Cornet”, you can experience centuries of drama.

Maritime Museum
This museum allows you to explore the island’s seafaring past. You can also explore the rich military heritage of Guernsey which dates back to the 14th century when the Royal Guernsey Militia was formed. 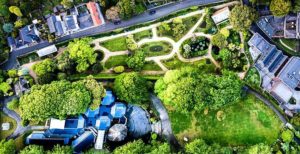 A tribute to Victor Hugo the nineteenth-century literature giant who fell under the spell of Guernsey can be found outside the Candie Gardens. After he was exiled from France, Hugo took up a residence at Hauteville House. From the collections of his many island wonderings, he personally decorated the house with bric-à-brac. You can climb the stairs to the Crystal Room where Hugo spent his morning here. The writer took long walks by afternoon past La Valette Bathing Pools as well as the coastline. You can also follow this path to one of the sheltered beaches like Petite Bot Bay.

Guernsey Inland
While Guernsey’s sensational coastline sometimes steals the show, there are plenty of things that will inspire you inland as well. Relax amid the floral displays and nature trails of Saumarez Park in the Castel Parish. Or wander Sausmarez Manor stately rooms in St Martin Parish. You can also explore the estate where the flowers of this legendary island away amid the rhythmic beats and lyrical sculptures of the coppersmith’s hammer. 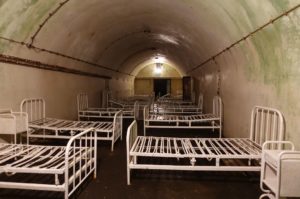 German Underground Hospital
Apart from Guernsey’s captivating coast and interior, this island’s underground also offers some fascinating and sobering surprises. During World War II, the German inhabitants of this island constructed many subterranean complexes in various places on the island. One of such is the German Underground Hospital which is a maze of tunnels built from solid rock. On the outskirts of St. Peter Port, there is a U-Boat fuel depot that is now home to La Valletta Underground Museum.

Regardless of where you are from or what you have endured, Guernsey is a place that invites you to stop and breathe while appreciating nature’s gift. It will also help you reconnect with the quite and enduring spirit inside us all.

This entry was posted in Travel and tagged tips, travel guide. Bookmark the permalink.